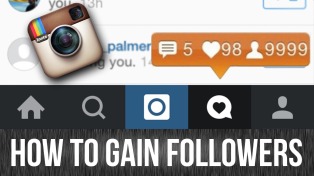 How many friends or followers do you have on Instagram or Twitter or maybe Facebook for the oldies?  Too many people base the very value of their very existence on just that.  And God forbid if someone “unfriends” or “unfollows” them out of nowhere!  It is my hope that you understand the difference between those type of friends and true friends.  It is also my hope that you can distinguish between those who you should allow to have influence over your life and those who you should keep as far away from as possible.  But before you run too far away, think about this…

God wants us to fellowship with others who we feel a connection to or feel we have something in common with. God also wants us to be friendly with everyone.  Friends are often what gets us through some of our toughest moments.  Unfortunately, for some, friends are the reason for their most difficult times. Knowing God wants us to love everyone is daunting at times.  There are people I meet every day who I’m tempted to question if even God loves them…not exactly a Christian attitude.  We also need to be able to identify those who will help us and those who will hurt us in terms of our walk of faith.  We should be friendly to the world, but should we be friends with the world?

One of the toughest things to do as a Christian, especially as a teenager, is to try and live a righteous life around those who do not.  Peer pressure is something powerful and real.  But sometimes we make it tougher than it has to be.  If we constantly put ourselves in situations where we know very little good can possibly result, we are going to constantly fail to live the life God wants us to live.

“Do not be conformed to this world, but be transformed by the renewal of your mind, that by testing you may discern what is the will of God, what is good and acceptable and perfect.”

We are all “In the World,” meaning we are living among some who either don’t believe in God or are living a lifestyle they know to be wrong.  We do not have to be “Of the World.”  We have the ability every day to choose who we spend our time with, what we pay attention to, and what we value.  Make those decisions wisely.  Often, the world’s definition of the “best friend” is the one who helps you have the “most fun.”  We have to be able to see beyond that and know the difference between a fun person and a true friend.  And at some point, we as the positive influence should step up and be the dominant force in the friendship.  Someone will be influenced.  Influence them!

“Do not be misled: ‘Bad company corrupts good character.'”

We aren’t to hate the world.  God wants us to hate sin with all of our heart, and to love sinners with that very same heart.  Sounds paradoxical, but it makes perfect sense to a Christian, if we are thinking with our heart instead of our mind.  Re

member, we are sinners too and God loved us enough to send his only son, Jesus, to die for our sins.  That is a truth that should be our guide for how we treat people, how we select friends and how we influence everyone.

Find friends who share your values and who can help you spiritually through tough times. But also be a friend who will have a positive influence on others.  We also need to always identify those who, while we may not view as a close friend, are not living their life righteously and maybe they aren’t saved.  They may not even know what God is all about.  Strive to be just as much of a positive influence on them as we are on our close friends.

I’m going to end with a personal story that is all too true.  This took place about 20 years ago.  I had just finished college and was asked to coach an All-Star team consisting of 15-year old players.  The group was very talented with 6 or 7 going on to play college baseball and a couple were even eventually drafted.  We advanced through the levels necessary and made it to the Regional tournament in Florida.  It was a fun experience for all of us and I still stay in contact with many from that team.  About a year after we played together I got a call receiving news that one of the players from that team, an outfielder that we will call BK, had been killed in a car wreck.  BK was loved by everyone on the team.  He seemed to be able to get along with anyone.  As we started finding out more details about what happened, we were even more shocked and saddened.  BK had been at a party and decided to rush to another party going on about 5 miles away.  The car he was riding in was speeding and everyone in the car had been drinking.  The car went straight through a sharp curve hitting a tree head-on.  BK was killed instantly.  The driver, as we were to find out, was also a baseball player, and he was also BK’s best friend who I’ll refer to as Ryan.  BK and Ryan did everything together.  Ryan was badly injured but did survive.  He wasn’t physically able to be at the funeral and, quite honestly, I’m not sure if he would have come either way.  It was the toughest thing I’ve ever had to do as a coach.  I had the team meet in front of the funeral home on the night of the viewing.  It seemed as if the entire town of Kernersville was there.  It took us nearly an hour just to move forward to the main room where the casket lie.  As we turned the corner and first saw the casket and BK’s family, reality set in for all of us.  BK’s mom could hardly look at us because I’m sure it reminded her of some of the great memories she had of her son playing baseball.  As we neared the casket all of us either had tears in our eyes or were outwardly crying.  Guys were putting things in the casket next to BK’s body such as their State Championship pin or a necklace with a cross.  It’s something I can still picture today and it still is emotional.

There are some important lessons to be learned just from the story as I’ve told it so far.  But there’s something else that I feel is so powerful.  One of the players from that team spoke with Ryan, BK’s best friend, a couple of weeks after the wreck.  I don’t know everything that was said, but here is some of what Ryan replied. “I loved him like a brother.  There’s nothing I wouldn’t do for him.  I wish I was dead and BK was alive.  I will never forgive myself.”  There’s one other thing Ryan said that I think sheds light on what type of friends we as Christians should be.  He said, “If I had only known what was going to happen that night when we left the party… I wish someone had stopped us.”

I honestly don’t know how I would deal with something like that.  Ryan was a great guy who made a terrible decision that took the life of his best friend.  Presumably, we have never done anything that led to the death of anyone, much less one of our close friends.  But think about what Ryan said…”If I had only known…” and “I wish someone had stopped us.”

We don’t know what the future holds, but we do know this, if you have a friend who isn’t saved or who is living outside the will of God and not doing what is right, they are also on a road to destruction.  If they don’t get saved, they are going to die without knowing God…unless someone stops them!  The greatest thing you can ever do as a friend is to help your friends become a Christian and to live a righteous life.  Not a perfect life, but a righteous life.  You don’t have to be able to lead them to Christ yourself, just direct them to someone who can and show them the power of God in how your live your life every day.

Live right and help those around you do the same.  This simple creed will add more purpose and value to your life than some people will ever posses.  It will also give you a great amount of influence over people you may not even know.

I urge you to pray and read your Bible daily.  If you have questions, feel free to ask someone you trust.  If you aren’t sure you’re saved and going to Heaven when you die or maybe you don’t even know what that means.  Either way, I will be glad to talk with you or direct you to someone who can help you with that.  Don’t put it off.  We literally do not know what the future holds.

“…For unto whomsoever much is given, of him shall be much required.”  Luke 12:48

But he that knew not, and did commit things worthy of stripes, shall be beaten with few stripes. For unto whomsoever much is given, of him shall be much required: and to whom men have committed much, of him they will ask the more.